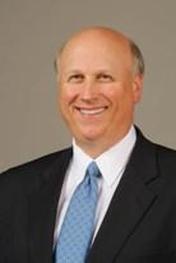 ​Illinois, USARobert C. Knuepfer Jr. is retired from his position as senior partner of corporate practice at the global law firm Baker McKenzie. He is a shareholder, secretary of the board, and senior vice president for talent management and general counsel at Hallstar, a privately held specialty chemical company.
A Rotarian since 1982, Knuepfer has served Rotary as RI president’s representative, committee member, Council on Legislation representative, and district governor. Robb also was a Chesley R. Perry Fellow of the Rotary/One Foundation in 1989 and served as Centennial President of Rotary/One for the 100th Anniversary of Rotary in 2005.
​
He and his wife, Nancy, are Paul Harris Fellows, Benefactors of The Rotary Foundation, and Bequest Society members.