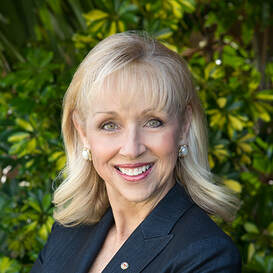 Shirley is a proud member and Past President of the Rotary Club of Fresno which she joined in March of 2001. Her Clubs projects continue to inspire her passion for hands on service. As such, she travels to Mexico each July with a team of doctors, nurses and dentists to provide health care services to over 4,000 children and has participated in three Polio National Immunization Day’s.
Shirley served as the leader of her Districts first Vocational Training Team in 2014, training over 1,000 teachers of special needs children. In March of 2014, she traveled to Zimbabwe to assist in delivery of 550 wheelchairs and returned in July of 2017 with yet another mobility project.

Shirley served District 5230 as the District Rotary Foundation Chair and was their Council on Legislation Representative in 2016. She has served as a Training Leader at the International Assembly and at Zone 25-26 for Governor Elect Training and Membership. Shirley was Chair of the Zone 25-26 Zone Institute in November of 2017 and Co-Chair the following year.

Shirley is a Major Donor, Paul Harris Society and Bequest Society member and enjoys raising funds for Polio Plus by participating in the Ride to End Polio in Tucson. She was awarded the 2016-17 Regional Service Award for a Polio-Free World. In April of 2018 she was awarded the Citation for Meritorious Service from The Rotary Foundation
.
Born and raised in Fresno California, Shirley Grace attained her Bachelor of Arts degree from California State University Fresno with a degree in Music Performance and a Masters in Public Administration. She retired at 50 from the Fresno County Sherriff’s Department where she was the Information Technology Manager.
​
Shirley and her husband Dick Jackson, have seven children and sixteen grandchildren. They live in Auberry, California and enjoy spending time at their beach cottage in Pismo Beach in their spare time.